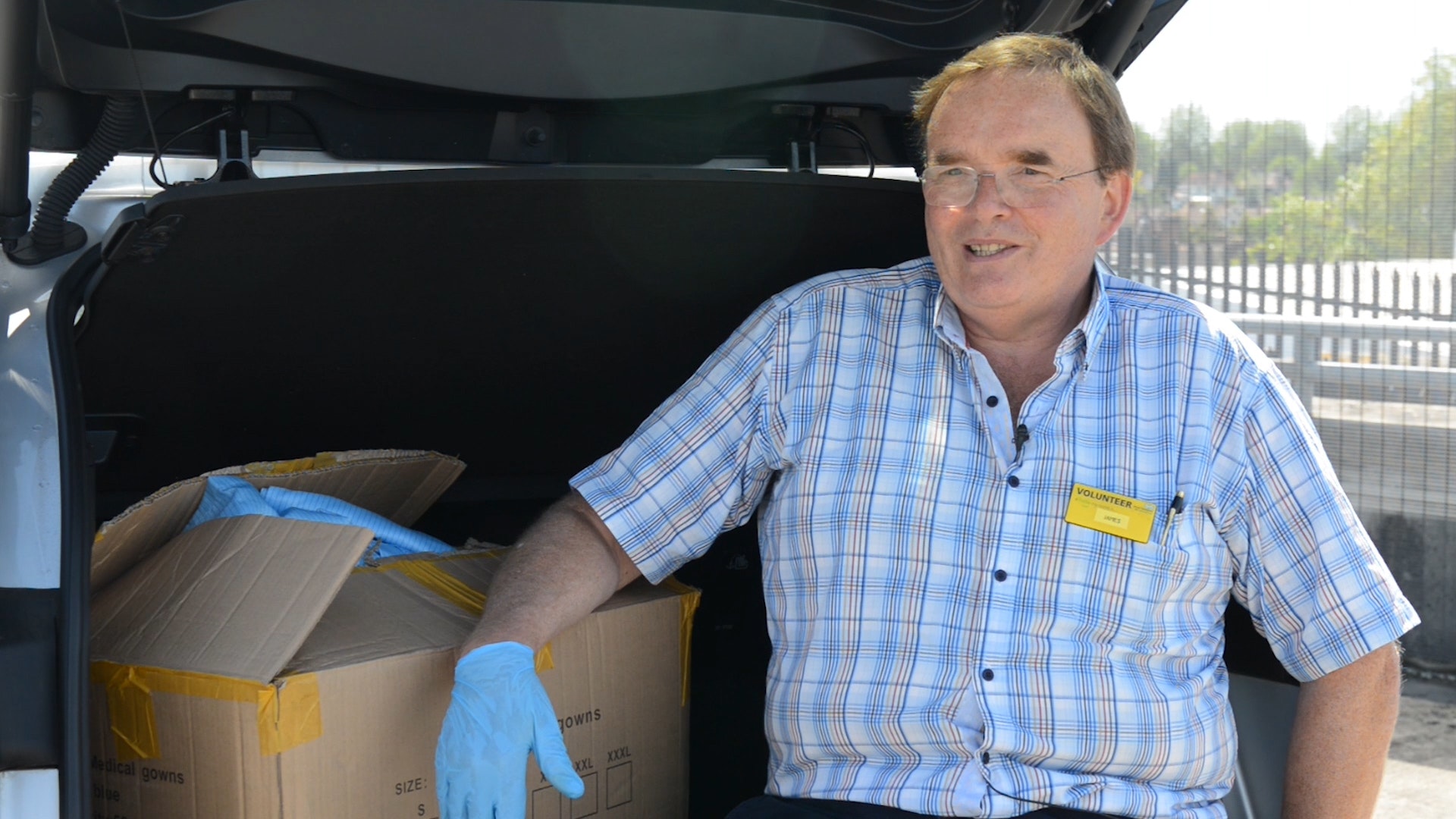 Our team of Volunteer Community Drivers enabled our Trust to have a significant advantage in how we responded and were able to treat patients during the Covid19 pandemic. As soon as the pandemic started, we had a group of willing drivers from our pool of existing volunteers, to deliver or collect anything for us from our local community. Although many of them were prepared to drive much further distances, some of them drove at least 50 miles in a round trip on a regular basis.

At the beginning of the pandemic our respiratory team also identified, from observing what was happening in the Lombardy region, that having additional Continuous Positive Airway Pressure (CPAP) machines would prevent patients being intubated and protect ITU beds. It was too late to order more medicines but there were a number of unused CPAP machines in the community with patients who no longer were suffering with sleep apnea and were happy to return them. 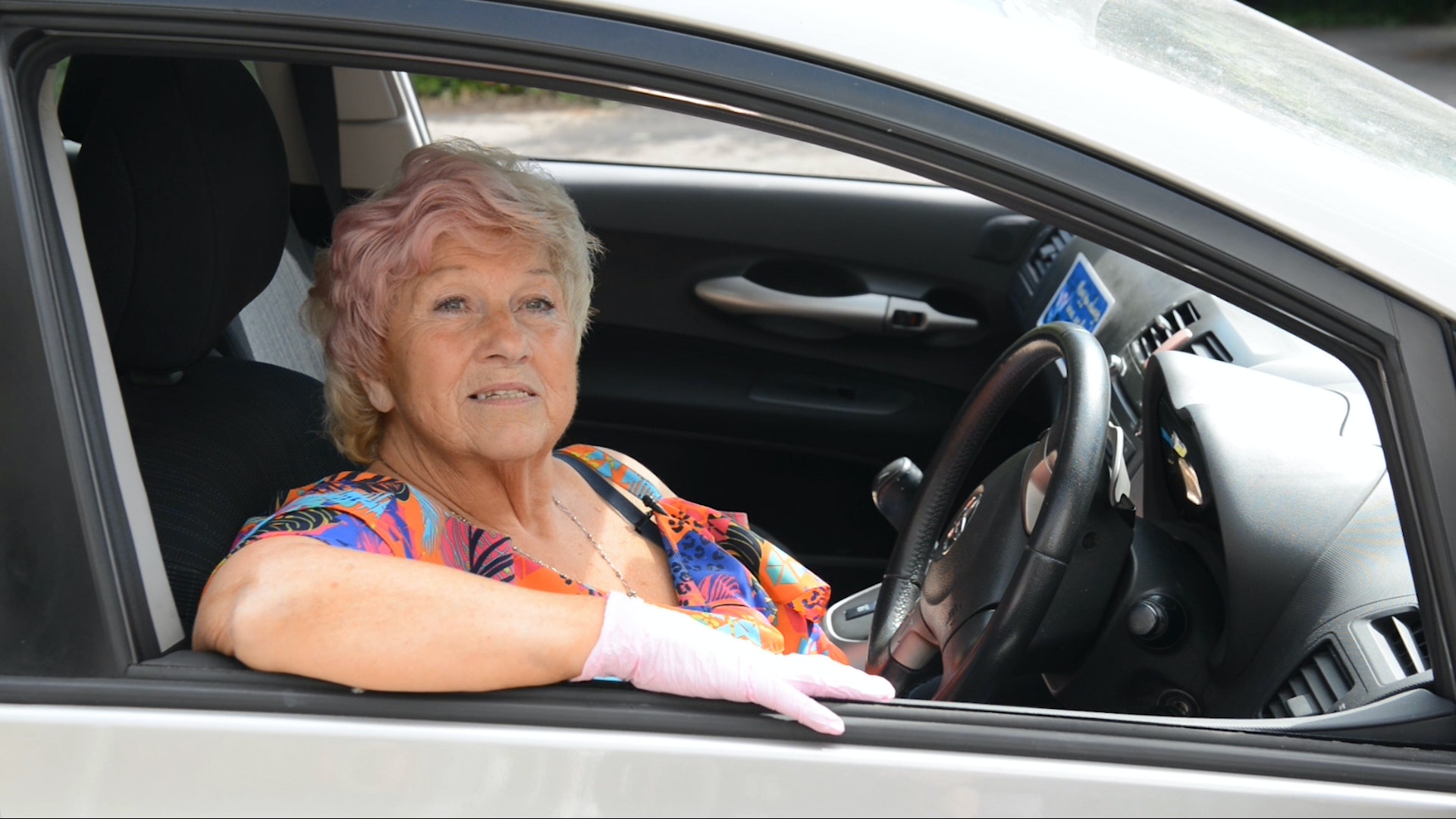 Working closely with the respiratory team who initially contacted patients to identify which machines we could collect, the Voluntary Services team called all the individuals on the list to agree suitable collection times, then deployed their small team of 12 drivers to locations across the county to collect the unused machines.

Drivers had to take extra precautions to protect themselves in case any machines were contaminated, wearing gloves and double bagging the machines, which were then thoroughly cleaned once they were returned, ready for patients. In just over a week, working together, we collected over 100 CPAP machines, which the respiratory team were able to deploy in their fight against Covid19.

This was a huge logistical challenge but made possible by a team of cheerful, responsive and amazing volunteers who were willing to go anywhere to help us be prepared for the challenging times that were coming. The success of this project then led on to the community driving team being used for numerous other projects, from collecting donated Personal Protective Equipment from businesses and schools, delivering chemotherapy or renal medicines to patients who couldn’t make it into the hospital, delivering supplies to our spoke sites across the county, delivering and collecting theatre gowns to local sewers to make alterations and delivering patient belonging boxes to bereaved families who weren’t able to come to the hospital to collect items themselves. 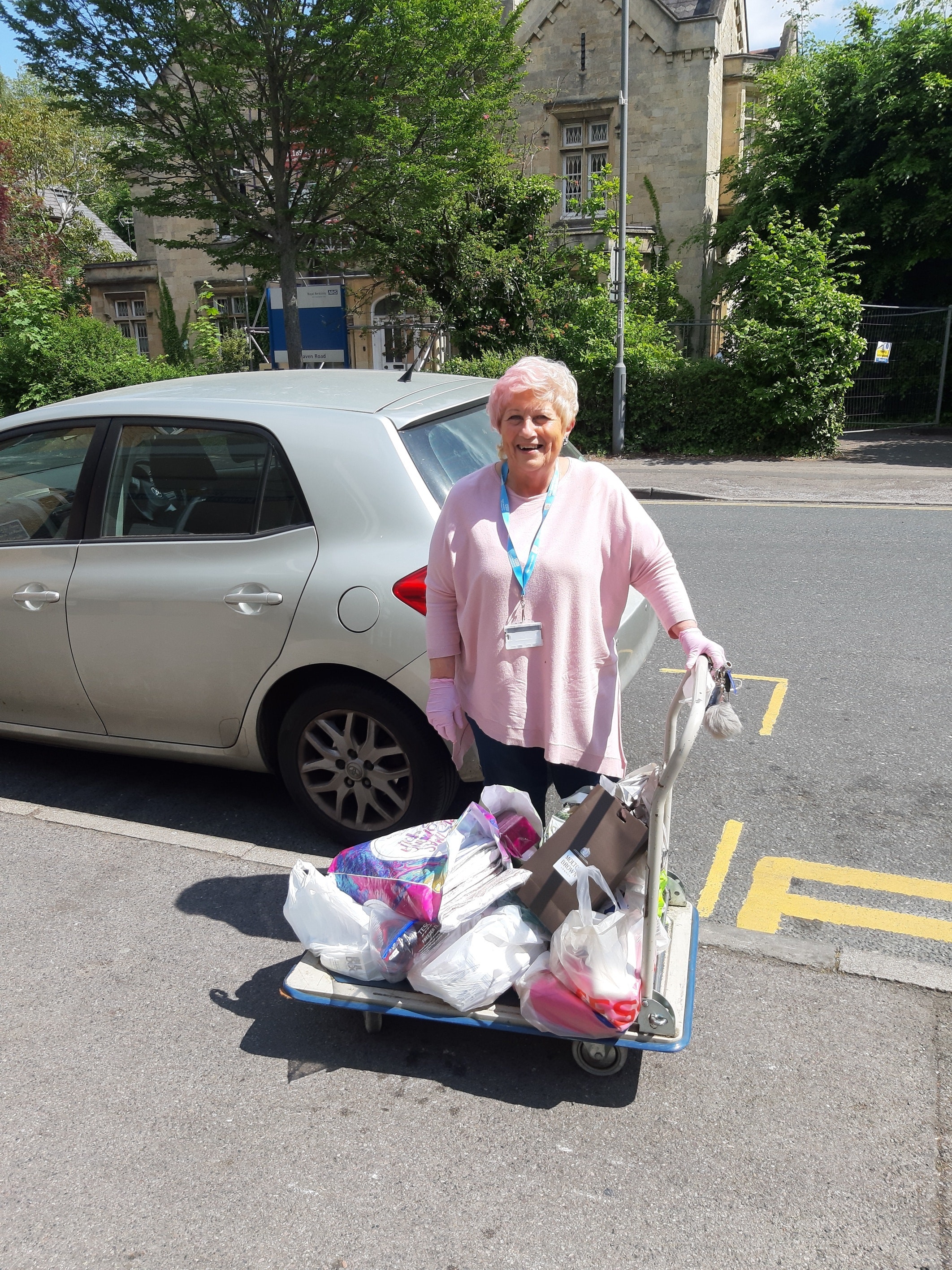 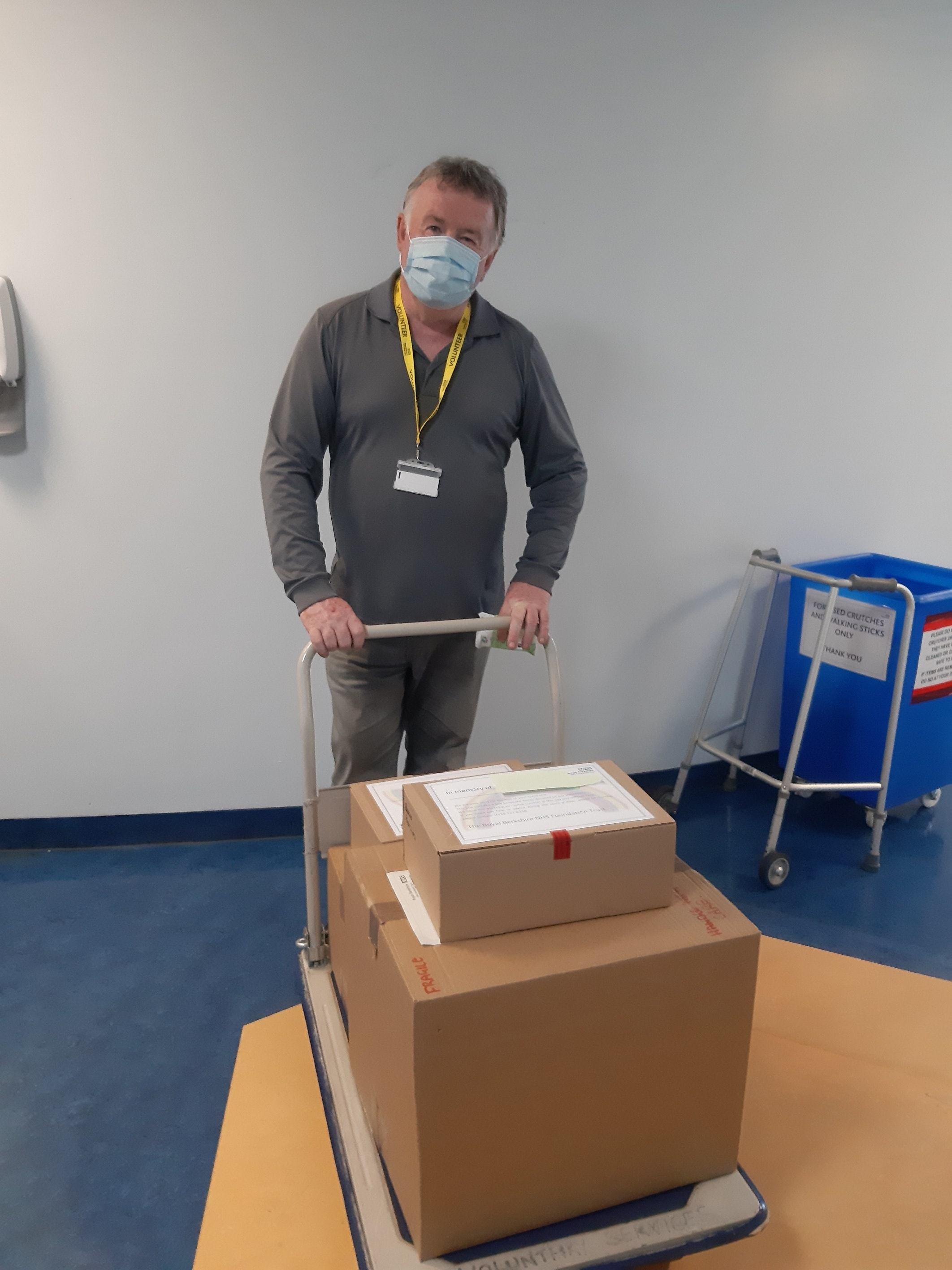 This service is something completely new we have set up since Covid19 began and has made an incredible difference to staff, the Trust as a whole and to patients. Our drivers are committed to supporting the Trust, will come at short notice, stop what they are doing or rearrange their commitments, if there is an urgent need for a delivery/collection. Many of them drive significant distances for us and many choose not to even claim their mileage. It is an amazing service we are able to offer with our flexible, dedicated and caring volunteer drivers.

Since then, the volunteers have done over 400 collections and deliveries. It has saved the Trust significant costs on couriers or taxi drivers and has enabled new projects to go ahead and be successful.

“I would like to say an enormous thanks to all the Community drivers who delivered and collected the 2000 reusable gowns which we were getting altered by volunteers in the local community. Having the altered gowns made a huge difference to us as a Trust as it meant our teams, especially those in the operating theatres, always had adequate PPE and we became more self-sufficient. I am forever grateful to the drivers for so quickly delivering and collecting these from various locations so we could get them added to our PPE stocks as soon as possible.” (Directorate Manager, Theatres & Anaesthetics) 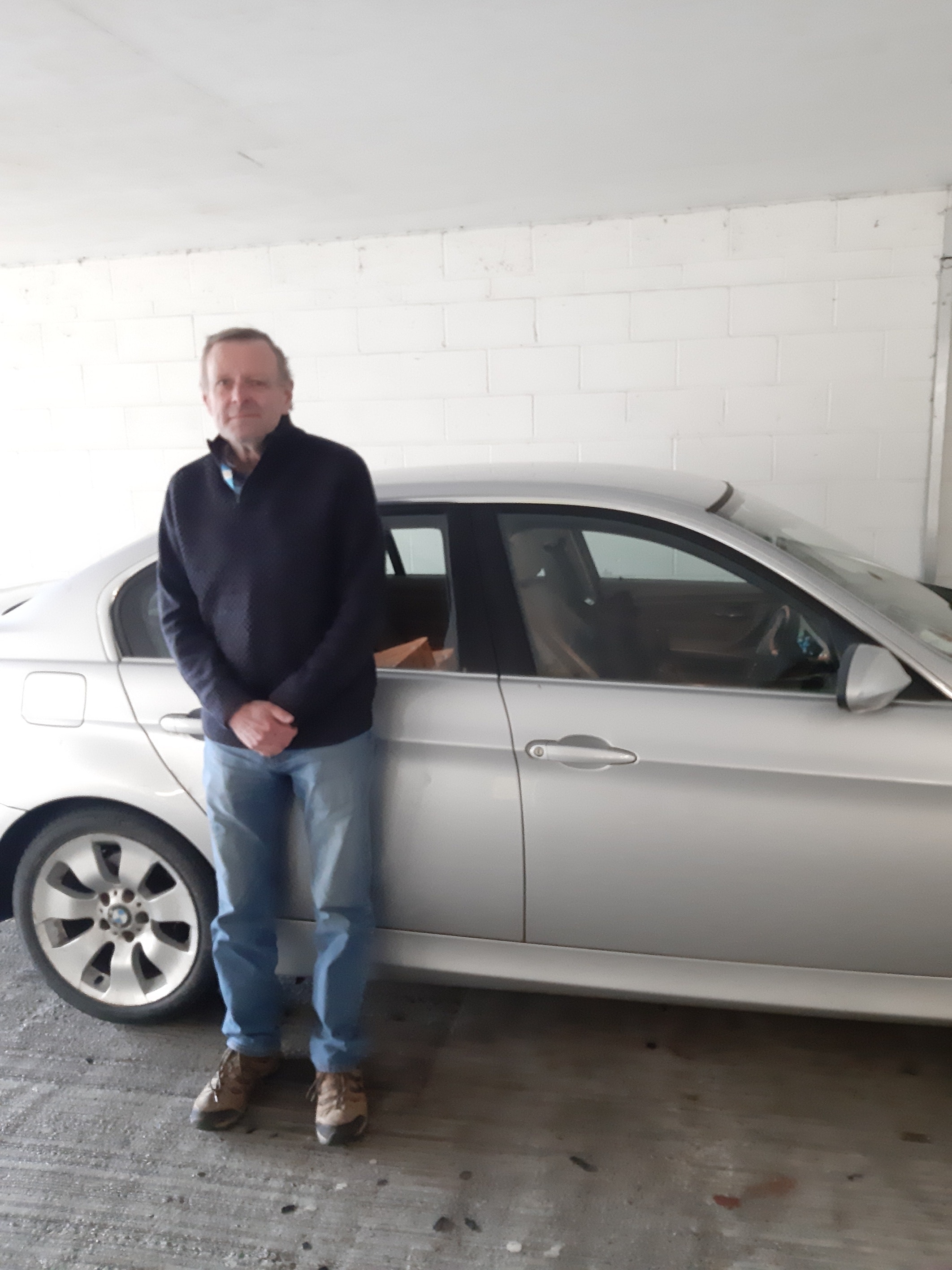 The bereavement patient box service has enabled many families to receive the property of loved ones who couldn’t come into the hospital. This provides a much more caring service to our patient’s families.

“The volunteers have played a vital role in helping the Trust to return deceased patients’ belongings to their loved ones, during these challenging times. They have also been incredibly flexible at being available at short notice and driving outside of Reading. The families of deceased patients have wholeheartedly appreciated their kindness and this has been a huge help to the Trust.” (Patient Relations Manager)

The service has also enabled vital medicines to reach patients at home.

“I am really grateful for the volunteers’ help during lockdown and beyond. We have patients who were clinically vulnerable and shielding and running low on their critical medicines. The volunteers were able to drop off these medicines on the same.”