An exploration of volunteers supporting patients with dementia and cognitive impairment on acute hospital wards: a qualitative study 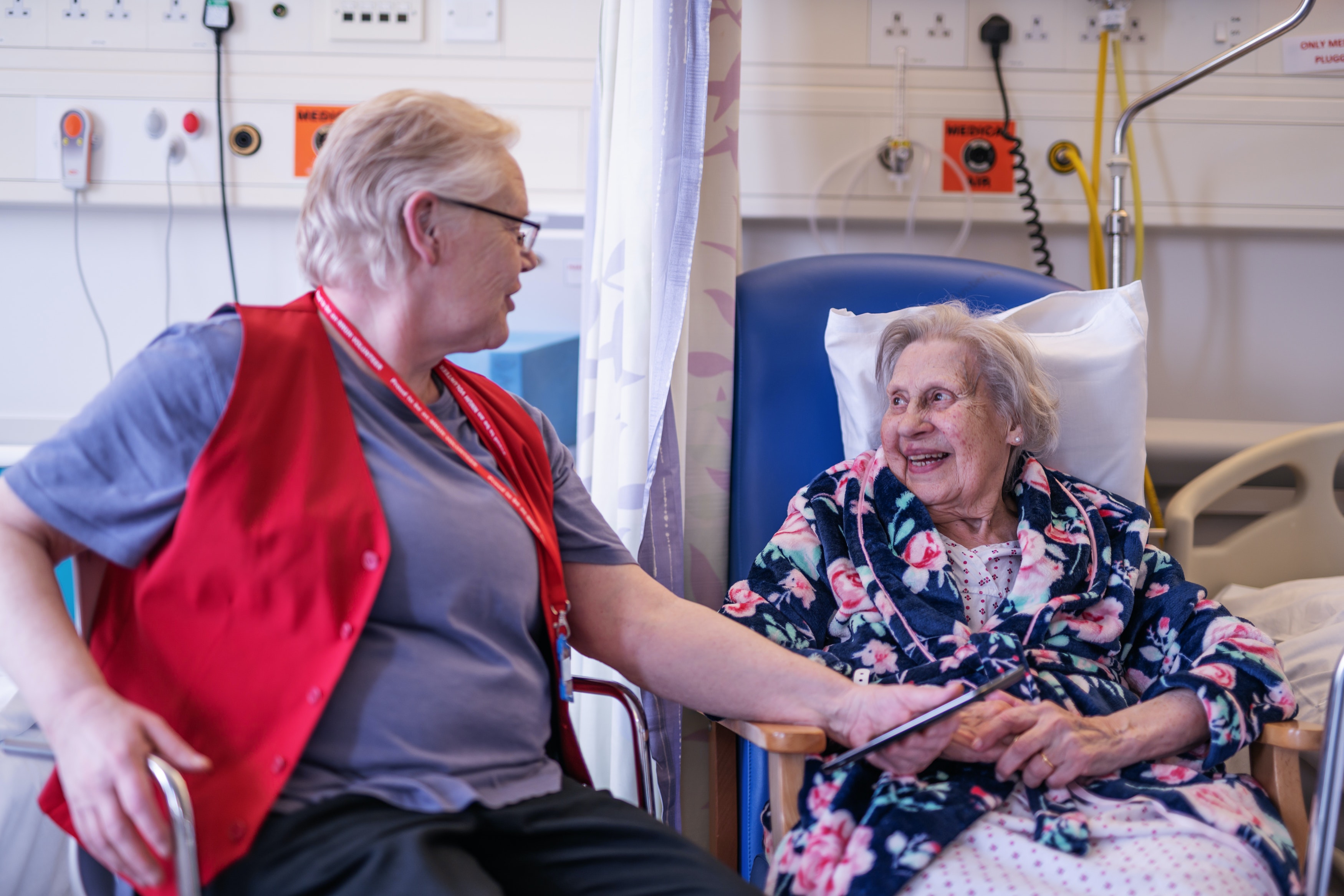 Background: Volunteers are widely used in hospital NHS Trusts but little is known about the service provided for the support of patients with dementia on acute hospital wards.

The incidence of dementia is increasing worldwide, with more people being admitted to acute hospital wards requiring treatment for medical conditions. Admission to the acute hospital wards can be distressing for patients with dementia, and health care professionals and family carers may experience difficulties in providing personalised care in this environment. Volunteers may be uniquely positioned to provide extra support.

Aim: To understand volunteerism in the care of people with dementia and cognitive impairment in acute hospital wards from a multi stakeholder perspective.

Methods: Qualitative in-depth, semi-structured interviews, and reflective diaries. Managers, staff, volunteers, former volunteers, patients and carers were recruited from a large NHS hospital trust in England and participated in a single interview. Volunteers kept a reflective diary following the interview. A thematic analysis was undertaken of the data.

There were discrepancies between the views of participants who switched from an idealised account of volunteers to doubts about their role, concerns over safety, and conflict with work of paid staff. Managers and staff expressed a lack of detailed knowledge about the volunteer role.

The ward environment was seen as a challenging, busy, and noisy place in which to be a patient, visit, work, or volunteer. Hospital voluntary services provide a variety of roles to support patients, staff, and carers. The main roles are mealtime volunteers, who provide support with food and drink, and chaplaincy volunteers, who assist with the spiritual, pastoral and social support and care of patients. Volunteers in both roles experienced challenges around their role and identity. Dementia was described by volunteers in both positive and negative terms. Some patients were avoided by volunteers. People volunteer for a variety of reasons and because of, or despite the presence of dementia.

The results show there is a need for careful risk management to maintain safety of patients, staff, and volunteers, which includes adequate training and supporting volunteers. There was difficulty reconciling the needs of the organisation and the motivations of volunteers as volunteers have different expectations of the service than management and staff. There was some concern about the costs of the service and making sure that these are optimised through clearer purpose and organisation.

Volunteers were described by all groups of participants as being of value, providing an opportunity for patients and carers to access extra help and support, a type of friend. The demographics of volunteers varied. Characteristics such as age and gender were seen to contribute to their image. However, there was uncertainty about their image, identity and role. This appeared to be influenced by volunteers’ individual characteristics, relationships with paid staff, and the uniform they wore as they navigated the demands of working in a complex and busy environment. Wearing a uniform elicited a variety of responses, generating discussion about the advantages and disadvantages for their image and self-identity, with no universal agreement on whether or not it was beneficial or detrimental. Volunteers understood the importance of acting as an advocate for patients, even when they experienced challenges in doing so. Managers and the paid workforce expressed a a need for a risk averse strategy when deployingvolunteers. However, this was found to be less of a priority among volunteers, patients, and carers.

Conclusions: Current guidelines and policies do not appear to be evidence based but have developed in response to perceived need for supplemental support. National drives exist to deploy more hospital volunteers into NHS hospitals. In view of the different expectations of the service and lack of clarity around the role and identity of volunteers, there appears to be the potential to resolve identified tensions and improve the ways volunteers work by adopting a different approach to managing the service. One suggestion is an alternative approach to managing hospital voluntary services which consider leadership; communication; the needs of volunteers, patients, carers, ward teams and the wider organisation; funding; and protecting the rights of paid workers. The NURTURe model is proposed to maximise and streamline hospital voluntary services in this setting.

The full thesis can now be downloaded using this link.